Pickles, which are always crispy!

The kitchens are now a hot time. You walk past the high-rise buildings - dill ukususnym spirit nose Sheba. You come to the entrance - once you understand the lady came home from work and set to work.

Pickling cucumbers. I myself am so far from the blanks for the winter stay away. But my mother does. Actively engaged. Sometimes it seems to be preparing for a nuclear war, at least. Because the pantry by the end of harvesting pore looks like a bunker with strategic reserves.

But it's good, tasty. Himself sweating over the banks will not take, but the most-recipes - collect.

The main fact in salt or pickles that? So he crunched appetizing, and not turned into a toad sklizkluyu. That was not too salty, not too sour, not too vinegar. And in general - fragrant.

The secret (which is not a secret) is to hold canning cucumbers for several hours in icy water. Better, of course, the well, but the purchase will come normal (important to cast it in a bottle not from the tap).

Since the small portions we do not recognize, the recipe of crispy marinated cucumbers - six kilograms.

• Vinegar 6% -30 Art. l (easier to dissolve from an extract than found in the store, it seems to me)

Water at all it will take as much as 15 liters (but pickle can stay, it remains for life, but to prepare less - just not enough time!)

Banks are washed with boiling water or sterilized cover - boil.

currant leaves, cherry laurel, shelled garlic and pepper to wash it all laid out on the bottom of the cans.

After 10 minutes, the water is drained and boil, then pour in again - just 10 minutes.

On the third approach already cook pickle: put in a fused salt water and sugar, wait, when this whole thing comes to a boil, uhaem vinegar (during boiling is better not to do so, because it will start even invisible to the eye and to dissolve the scum, as soon as possible, until the reaction has gone, pour brine cucumbers. 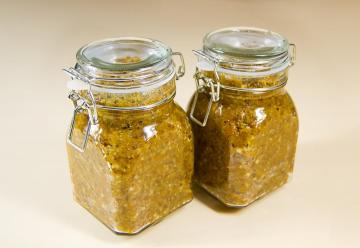 How to protect yourself and loved ones from terrible diseases? Perhaps this recipe will help you ... 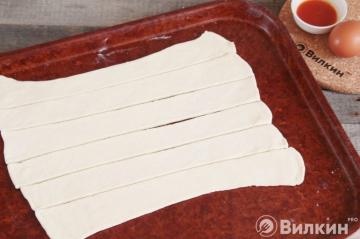 Puff pastry roses are a kind of "artistic" alternative to the banal sausage sandwich. If there is... 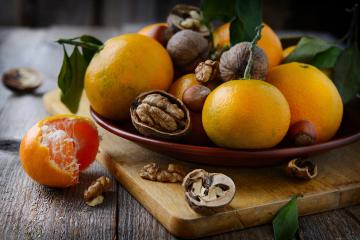 These recipes are good for various serious diseases. Helping to undergo chemotherapy without any ...