Five facts about pollock (and that you can have)

The shaggy nineties I heard from one "expert" cuisine, that before the revolution of pollock wrote: for to eating unfit, period! They say that only in Soviet times, the hungry to eating unsuitable for fish began to catch people. And before they ate only osetrinku. For a change - the Volga sterlet indulged in, ate caviar.

We must admit that the fish used in Russia and in fact, no longer had. Probably. But not everywhere, but only where the fish were caught, because delivering over long distances it can be only in the cold.

So do not sterlet and sturgeon single here and there and ersham rejoiced in times of famine. And... What pollock pollock, terrifying to look at the fish. Especially when the lies, all the bent-inverted, smorozhennaya into huge cubes ...

Pollock - a useful thing, there was little fat, but a lot of omega-3 unsaturated fatty acids. 100 g of pollock - about 16 grams of complete protein, the protein (as Kashcheeva death in the egg), amino acids, and they play an important role in the prevention of cardiovascular disease.

The fact of the second

If you do not want to mess with eerie carcasses pollock - take the fillets and do not believe that there is ice more than fish. Surprisingly, most of the producers of pollock fillets packed his very honest (recently seen the results of research). Thick crust of ice glaze protects the product from dehydration and oxidation of fats.

The fact that a third

They say that the meat of Alaska pollock can be juiced. In fact, this is misleading: its richness for the most part depend on the quality of the fish, and if you buy fresh, not frozen hundred times -rastayavshego mintainu honest, all with juiciness will fine.

The main thing - do not perezharte it or not perezapekayte that the protein in meat is not... peredenaturiroval, in! Alaska pollock is cooked very quickly.

The fact of the fourth

Pollack live long, some big fishes reach the age of 15 years. Hell, I'm ashamed to have such longevity (and even ashamed of the wise old sturgeon)

The fact of the fifth

The first country in the world has mastered pollock fishery was not the Soviet Union, and Korea (and guys are North). Koreans began to produce the fish three hundred years ago. In Korean cuisine pollock is fully utilized without any waste and residues. But Soviet researchers in the forties of the twentieth century found no food pollack fish, but (here it is - to unsuitable to eating). It was only in 1960 began a massive catch of pollock in the Bering Sea... Since then, and eat!

Enjoy your meal, if that. 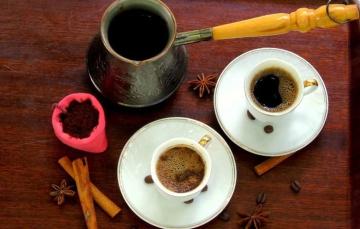 Coffee with cinnamon and delicate foam

Many Eastern women believe that if coffee is obtained without foam, it means that it is not prepa...

Like lipstick after 50 years, to make them look younger (photo-lesson on the lips 30+)

As we age, lips lose volume and become paler. Due to the fact that the lips are reduced (flatteni... 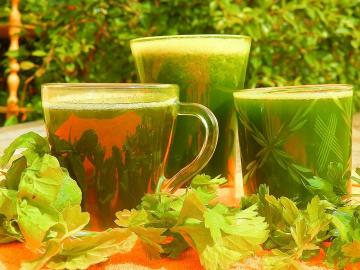 These green drinks contain chlorophyll which is identical in composition of human blood and killi...