Who said that squash can be stuffed with meat only (in the case of a financial crisis - vegetables)? Do not listen to this bad man, he just wants to deprive you of the pleasure of delicious food.

Around the fish taste, there are many patterns, incidentally. We have, for example, it is often served with potatoes or rice - they say, and the one and other side dishes have in neutral taste, so combined with the fish.

But in Asia, the fish can coexist steak garnished with mango, for example. And it will be delicious!

Because - will experiment, right? Nafarshiruem zucchini fish. It's simple, cheap and useful.

• Oatmeal flakes or bran (bran I take it)

Fish grind in a blender

Adding to the resulting mince oat bran and spices. Bran - in order to make it not so dense and spices... well, I will not pretend to be a captain obviousness. Spices alone is worth to be careful. All the same fish - no meat, it takes other people's flavors and gives them brighter.

With zucchini simple as ABC - we clean spoon midway, turning half a boat.

Fill each half of the minced fish on top - flavored yogurt

Ship bake at 180 degrees for about half an hour

Well, when applying sprinkle with crushed walnuts and add the greens. 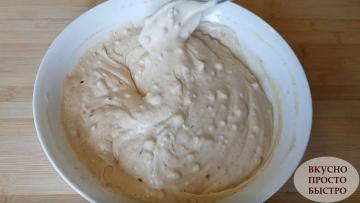 It is unrealistic to simply and delicious. Banana cake with hazelnut cream

Fragrant, soft and delicious banana cake with hazelnut cream! Is preparing a cake is unreal simpl... 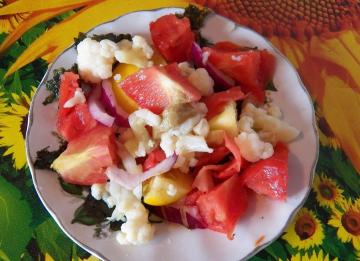 Plus, this salad is that it eats and there is no gravity in the abdomen!Ingredients:1. Tomatoes (... 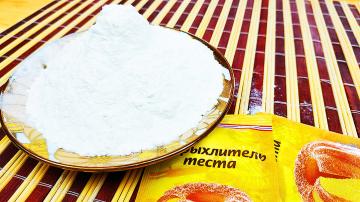 Baking powder recipeWith such a baking powder you will always have fluffy baked goods. The homema...