What actually is the bouillon cube

If you are looking for in it the broth, stop. The broth is not there by default.

My first acquaintance with the bouillon cubes (or maybe tablets, alas, can not remember) was only theoretical and literary, as happened in early childhood. The novel "From guns to the Moon" by Jules Verne - remember? So, there brave kernel-space-pilots prepared their soup of boiled water and dry semi.

Only as an adult and became interested in the issue, I found that stock cubes invented a long time ago, and they - oh, miracle! - initially, even the broth was.

In the XVII century in England, we prepared a very strong broth in the form of frozen blocks. The guide for housewives Sir Hugh fee (and it was published in 1602), these blocks or plates recommended dry reserve.

In 1830, France started to produce tile or PDA broth, but meat and therefore - expensive. The essence of the later chemist Liebig invented his meat paste and, in sotrudinchestve with Argentine suppliers of meat, made it quite cheap. But it was still meat ...

A "breakthrough" occurred later in 1886 when the Swiss Julius Maggi made his bulonopodobny product for the poor. The composition was simple - salt, vegetable protein, spices, dried vegetables, fat

In the first lines I say - myayayauso. But in homeopathic doses. About - 0.042%. Bone and the meat is cooked, the broth is evaporated, concentrated, dried and pulverized.

3. Cornstarch - for the richness

4. Cooking oil - in the broth should be fat eyes!

6. Maltodextrin - a natural thing, a product of starch hydrolysis. Kind of like responsible for the solubility.

9. Dried vegetables and herbs (slightly more than half of one percent)

10. ferric pyrophosphate (to cube it is not oxidized)

13. Extracts of vegetable proteins (well, there must something to depict protein!)

So if you come across a phrase in the recipe - "add a bouillon cube" - you ignore it. None cube can substitute broth. Although, if only because there is no stock! 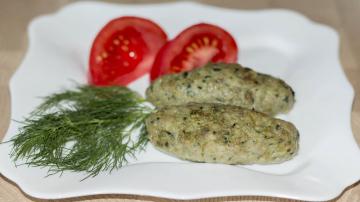 I want to suggest a recipe of juicy meat patties with spinach and fresh wild garlic. This time I ... 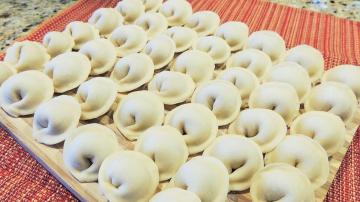 Homemade ravioli with chicken and cheese

A delicious recipe for lovers pelmeshek! Try to cook this yummy, and it will be one of your favor... 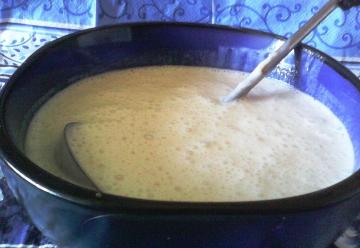