Unusual, but cheap and healthy dinner of mackerel with vegetables

Mackerel - cheap, but very tasty fish. In her small bones, it is soft, fatty enough (fish oil is useful even for those on a diet to), and the cook - a piece of cake.

Alas, many times I have seen that from the mackerel abandoned in favor of pollock (by the way, the price is not always profitable), they say, is delicious mackerel exclusively smoked. Why do it - I personally do not understand.

It is perhaps the reason on the surface - you get people to poor quality fish. Here's the trick... Fat (fish in particular) is oxidized, eventually it gets an unpleasant smell and taste. This happens if the fish improperly stored, thawed, frozen during transportation. A mackerel species that has a fairly high percentage of body fat.

Because of running into a fish having an unpleasant taste and smell quite easily. But we do not stop the difficulties? The fish is better to take in the checked store, or if get it into hyperspace, sniffing on all sides. Especially in hypermarkets mackerel are now sold in thawed form.

Sniffed bought? Then we begin to cook.

Cut off the head, he took out the entrails, fins and tail removed.

Note: While cleaning the fish, my wife went into the kitchen, made big eyes and asked, what are you board with cling film does not have fitted? I confess, I forgot, but I remind you that if the board wrap cling film or simply pull on it the package, you do not have to contend with a fishy odor, which, alas, corrosive.

A split mackerel off in a bowl on a spa procedure "Three Paix." Three Paix - acidified, salt and pepper. First, the fish itself becomes a little denser and does not fall apart during the heat treatment time, and secondly - lemon juice kill the smell of sea fish (its not all love) and of pepper, too, a role-playing game (but I do not remember, I am such a dunce, here). In a bowl, leave it for twenty minutes (it should be no more overdo).

While mackerel lying in the spa we can cut into cubes and fry over high heat for five minutes.

Fried? Remove and ship the same pan fish. Fifteen minutes on each side of it will suffice.

Then we shift all the baking dish, add a few slices of lemon there, close the foil form and send it in the oven at 180 degrees for 20 minutes. 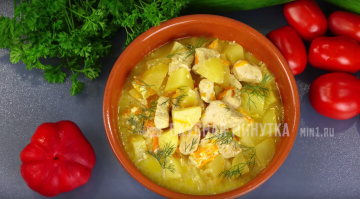 As I carcass potatoes: his husband can eat all week, so delicious

There have been no additions refused. A husband is ready to have this dish almost every day. Prep... 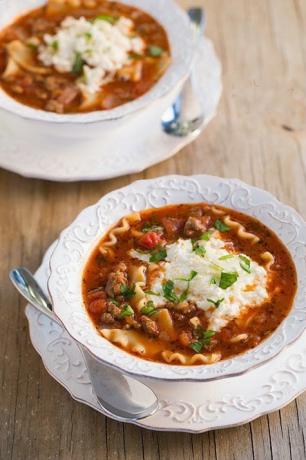 Cooking soup lasagna. All of this just obaldeyut taste! 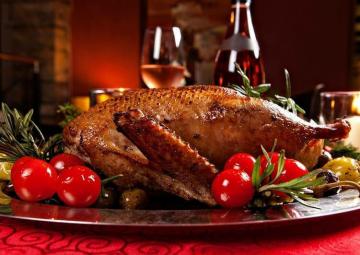 Fragrant, with a nice crust and a delicate goose turns!!! Simply delicious!Ingredients:goose bird...