Pasta are delicious cook spaghetti in the Italian style

Pasta is now called pasta. Italian fashion. Sounds - overseas, smells - as usual, as would say one of my old friend, has consistently failed to distinguish classic pasta nautically (with roasted meat and tomatoes) from exquisitely served pasta with sauce bolognese.

In a way he was right. Because bolognese those we were served in a small restaurant Russian - Italian - Japanese cuisine on the M8 highway. Pasta was not much different in taste from the good old macaroni pioneer childhood, and the waitress, though to defy the knowledge of the term as al dente, pasta maker (we honestly tried to learn to not inadvertently buy) to call refused, appealing to the secrets cook.

Chef himself, barricaded in the kitchen, crying out with a pronounced Italian, of course, an emphasis something like:

- Slyushay, daragoy, well, if you do not like it, just do not eat, what to make noise, right?

It was a saying, but a fairy tale - ahead. Well, it is not a fairy tale, but the recipe pasta that honestly be called pasta.

Tomato paste is mixed with water, add paprika, cinnamon, salt and pepper and the water supply to the pasta.

Better, of course, choose Italian pasta (they can be called paste), at worst - ours, but to ensure that they were made of durum. But those and other cooking is slightly less than indicated on the package. Only then they will be al dente (that is elastic and slightly hard, but the crunch undercooked dough, of course, should not be).

Until cooked pasta, carrots cut into cubes and fry in oil for 6-7 minutes. Chicken add to the carrots and fry for another 5-6 minutes. Fill all the sauce, add the pasta, stir and keep on heat until excess liquid to evaporate. 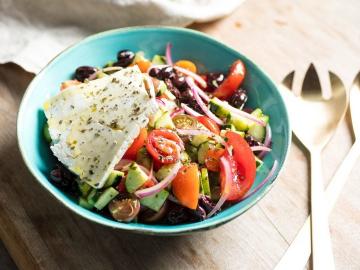 How to make a real Greek salad

Greek salad - a classic recipe and other variations thereof. This is a wonderful dish can be cook... 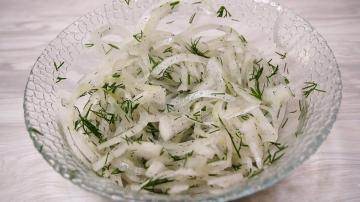 Pickled onions "3 minutes" to the fish, meat and easy to hlebushek

Ready-to-eat within 3 minutes after cooking. This bow is suitable not only for fish but also for ... 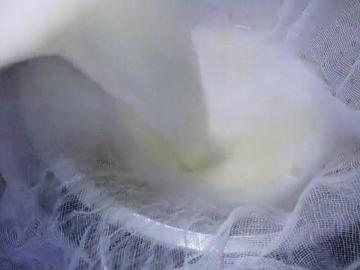 My tasty delicacy is a beaded cottage cheese with cream. I cook it at home without the preservati...