Favorite cakes of the past. What sweetness adored in the USSR # 2 🍰🎂🍩

Desserts Soviet times that were so delicious that we remember them to this day. Today will discuss the cakes: "Tab", "Leningrad" and "Bush".

Soviet bakeries producing lots of delicious desserts. They are ready to GOST and have always been incredibly tasty. Following the restructuring, many factories moved away from the guests and began to use cheaper raw materials, which led to the deterioration of the taste and quality of pastries.

Most of today's collection of cakes are available in retail stores, but the taste is a completely wrong. Let's try to remember the desserts, which we loved so much.

Basic information on the desserts, I have taken out of the book in 1976, "Manufacture of pastries and cakes," the authors: AP FROM. Markhel, Y. L. Gopenshteyn and S. IN. Boldly.

Cake of puff pastry. To cook the dough was rolled in a layer thickness of 10 mm, then cut the workpiece. Workpiece laid on the table, sprinkle with sugar, and re-rolled to oval.

In the center of the cake laid candied or apple slices, cooked in sugar syrup. In the process of baking the product becomes golden crust by melting sugar.

This cake was for me the most affordable in childhood. It can be found in any bakery of the city, and most importantly - it cost mere pennies compared to other cakes of today's selections. After adjustment bakery in our city began to prepare languages ​​with marmalade, and that in this version, they remember me forever.

Cake consisted of sand and biscuit bases, which laid out a variety of toppings. First baked dough layer until half, then jam and fruit were coated with a thin layer of filled biscuit dough.

After complete cooling of the preform decorated different ingredients, ranging from a simple sugar powder, ending with fresh fruit jelly.

Cake "Leningrad" is very popular so far and is now found in bakeries. My favorite version - it is a cake, covered with fruit jelly and decorated with butter cream.

Cake consisted of two circular biscuits and sometimes oval shape. In rare cases, it used only one tortilla. Interlayer cake fruit filling or cream, and sometimes even an air mass of the protein. Top coated with chocolate or fondant breast.

The most popular version is received with butter cream and chocolate icing. As such, the cake is still possible to buy. True "Bush" is more popular in St. Petersburg and in Moscow shops it is rare to find.

What kind of cake do you like most in the USSR?

Previous articles about the Soviet desserts:

Favorite cakes of the past. What sweetness adored in the USSR. part 6- Slavutich, Truffle, Sponge with protein cream

Favorite cakes of the past. What sweetness adored in the USSR- Ring, marshmallow, wafer and Olympic

Chicken in mayonnaise in the oven

Before baking in the oven, the chicken is kept in water (liquid marinade) and only after that we ...

Tomatoes in Korean. The next day will be even tastier

Tasty snack in Korean tomato. I cook it, both in summer and winter - always eat very quickly. The... 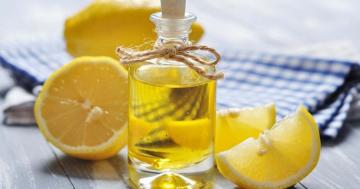 This is the classic method, which safely and quickly cleans the liver.Lemon and olive oil - why?T...