In honor of what appeared cookies Jubilee and who invented the first Kinder Surprise. This can only be seen in the museum

Who invented the first chocolate eggs with a toy? In honor of what appeared cookies "Jubilee", and why the whole of Europe was so fond of the pre-revolutionary Russian chocolate.

I'm sure many have heard the story that first came up with chocolate eggs William Salice, who worked in the company Ferrero. Many believe that it was he who first suggested the idea to make a chocolate egg with a toy inside. But this is not the case.

Kinder Surprise was first introduced in 1972, although in pre-revolutionary Russia chocolate egg with a toy inside, you could buy in 1907. In people, these eggs are called chocolate bombs. These eggs were given to children at Easter time.

All today's stories I told Michael, the owner of the Museum of Russian History of Chocolate "DIZHAVNI".

I was amazed when I learned this fact, because I thought that the chocolate eggs were invented by Ferrero. But it turned out that all is not so simple. About chocolate eggs that made few people remember, because after the revolution they ceased to produce, to once again not to remind about the Biblical holiday in Russia.

The museum can be found packaging of chocolate, which is striking in its beauty. In my opinion, modern packaging would not compare to what they were doing before the revolution.

In the museum you can find the original of the first package of cookies "Jubilee".

When I saw her, I was surprised. I never go into the details of the history of the cookie, and believed that it appeared to mark the 50th anniversary of the revolution in 1967. And it turned out that everything is much more interesting.

Cookies "Jubilee" for the first time the company has prepared a "S.Siu & Co." in 1913 in honor of the 300th anniversary of the Romanov dynasty. It was called "Jubilee cake." Biscuits had to taste the royal family, for which the company has received the status of the supplier of the Imperial Household.

Imagine the situation of an incident. Cookies, which is so fond Soviet citizens, was released in honor of the royal court. As for me, so very funny it happened.

I was impressed by these facts from the history of Russian chocolate. In today's article, I spoke very little of what I told Michael on tour at the Museum of Russian History of Chocolate "DIZHAVNI".

After the end of the main part, we moved into the cafe, which operates the museum. Then cook really delicious desserts from Belgian chocolate. articles from chocolate ruby ​​particularly liked.

This ruby ​​chocolate is made from special cocoa beans that were previously considered "defective". Now they learn to handle and do a terrific chocolate ruby ​​color without the addition of dyes.

This chocolate can try to prepare yourself to a free master class, which is carried out for children and adults in the museum premises.

In the end I want to thank Michael for his help in writing this article and welcome to visit Museum of Russian History of Chocolate "DIZHAVNI". 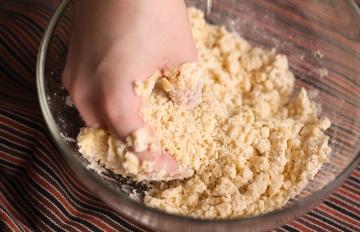 Greetings from the Soviet past, which can bake every day

Crisp, easy to prepare, affordable, easy and delicious! Bake it for decades and never boring. If ... 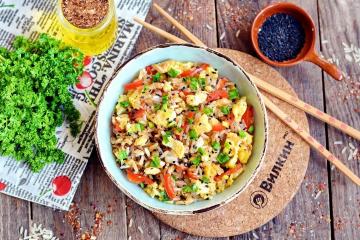 Chinese cuisine has always attracted us with its unusual taste and simple recipe. In China, rice ... 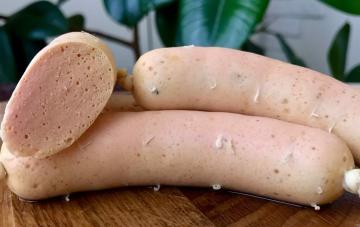 How do I make homemade sausage from the chicken breast. favorite recipe

I have previously shared with you recipes for home cooked meats. But I also do myself sausages. O...