I do not throw opavshuyu plum and compote cook for the winter. I prepared with a time of 15 cans

If you throw a pity opavshuyu or unripe plum compote cook this recipe. Cooking is easy, and kept long enough for the whole winter.

My mother in law in the area began to fall plums. Opal much, not even having time to mature. They have a week and they have matured, but probably because of the changeable weather, they began to fall.

Throw a pity such a plum, but cook them you can not so much that. Mother-in-law advised tkemali make the sauce, but I'm still more on the sweet side, so I decided to make a compote.

Options for what to cook from green plums, not so much. And for a long time to tinker with plum did not want to. If you think that you could do something else - write about it in the comments.

Plums I carefully went through and cleaned up. All a bit rotten, not sparing, threw even did not cut.

The five-liter pan precipitating 0.5 kg of sugar and fill in 4.5 liters of water. I put on fire and bring to a boil. After boiling syrup boil 5 minutes.

Plums distribute 300-400 grams of a 3-liter jar. Banks, I can not be sterilized in advance, but my carefully in hot water. I do not see the point, because then we'll pour boiling water over the banks.

When the syrup is ready, I start pour it into jars with plums. I pour almost the most edge. Immediately I roll up caps, flip and attribute in a dark place until cool. There you leave the deposit.

What would you do in this situation? I was sorry that's the plum throw.

Read also the article: "As I was preparing jam fallen pears". 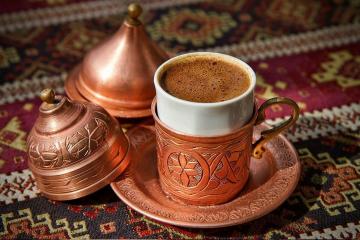 Learning to cook is a real, strong and tasty coffee in Turku

And you know how to make coffee? No coffee machine or water soluble, and the most that neither ea... 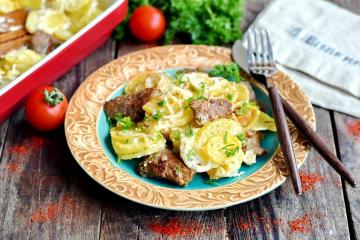 Beef with potatoes in the oven

Oven baked beef with potatoes is an appetizing second course that can satisfy the whole family. T... 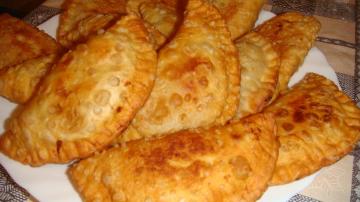 The dough turns out delicate, crunchy, delicious, just a godsend, not a recipe. There are only 4 ...