Why does the dough in the oven does not rise. says confectioner

It is with this question called me friend. She baked a lemon cake that did not rise and remained soggy.

When I began to ask how it is baked, it turned out that she made several mistakes. In order not to repeat them, carefully read the article.

Allowing the dough in the oven rises? This you will learn when you read the article until the end. Just imagine, now your baking will always turn out the same as it is described in the recipe.

The oil (for muffins)- the dough rises due to the air that enters into it while whipping the oil mass.

What to look for. Good whisking oil mixture, so that it is full of oxygen.

yeast- the dough rises due to gas bubbles, which produce yeast, being warm.

What to look for. Rasstaivat the dough in a warm place, because at a temperature below 10 ° poured yeast. The warmer - the faster the yeast work. Before baking sure to allow time rasstoyatsya (30-60 minutes), so the gas bubbles take up the dough before entering it in the oven.

What to look for. Beat well proteins. In conjunction with protein mass remaining dough involve them neatly to proteins not lost air bubbles.

Dough with baking powder and baking soda It rises due to carbon dioxide. Gas formed during the decay soda if heated above 60 °. Soda to start work, it needs an acidic environment, such as yogurt as part of the biscuit. Therefore, if the recipe is not acidic foods, use baking powder.

What to look for. For the test with an acidic medium (consisting of dairy products, fruit juices acid or citric acid) to use soda, in other cases - the disintegrant. Bake the dough is needed immediately, otherwise the gas gradually leave him.

General rules when baking in the oven

2. Bake in the preheated oven. I turn the temperature at 10-20 ° higher than stated in the recipe. Until I put the dough in the oven, the heat comes. Then, immediately reduces the temperature to the desired.

3. Bake at the temperature specified in the recipe. To check your oven, I use a kitchen thermometer, which put on a baking sheet.

4. Willingness to check the match in the center of the biscuit dough baked through longer there. If the match is dry - the cake is baked.

5. Post baking time to cool and then remove from the mold.

If you have learned from my article something new - put Like. In order not to miss a new article - subscribe to the channel!

If you do not have the dough rises, leave your case in the comments. I'll tell you what to do to get it! 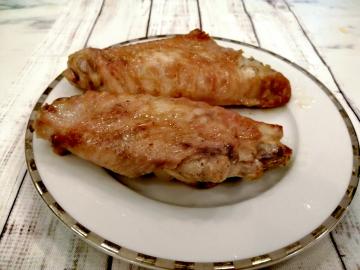 The recipe of delicious turkey wings.

After reading this aphorism, I remembered that I have not eaten a delicious, juicy, baked wings))... 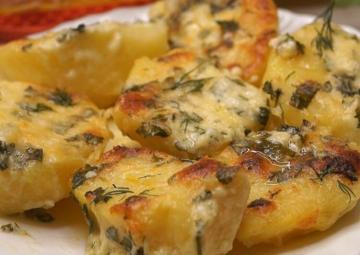 Capelin with potatoes baked in Russian

Tasty, satisfying and simple dish that is liked by our family. I like it for the fact, that the p... 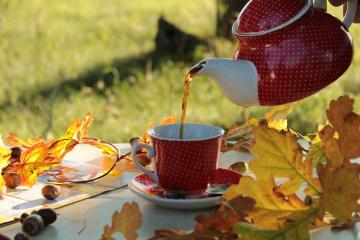 Maybe some tea? Cooking autumn tea for health and mood

Autumn - it's time for a cup of fragrant tea, which charge for their warmth and delight even on a...