I am trying to cook waffles in the Soviet waffle iron that found in the attic. What happened

Recently, I helped a family to disassemble the attic in the country, and found there a waffle iron times of the USSR. A link to an article about the findings I will leave at the end.

They gave it to me, and I had a great desire to cook waffles. By the way, my first waffle rolls I have tasted during perestroika.

While on the platforms stations lively grandmother traded than just possible, including wafer rolls. I tried at every station to beg my parents a delicious and crispy rolls with cooked condensed milk as the filling.

Did you buy something on the platforms grandmothers tell us about it in the comments.

I was eager to try out the waffle iron, and as soon as I was at home, began to prepare for the Soviet legendary waffles recipe. It turned out I got it immediately.

Vanilla or vanilla sugar to taste

The original recipe (see. photo) assumed a little more sugar and flour. But the mother-in-law advised me the recipe, which is preparing for it already a very long time.

To begin, I melt the butter with the sugar. It is important not to bring the oil to a boil, just heat it to melt.

The hot oil sift flour and stir until uniform. Sifting the flour, I saturate it with oxygen.

Eggs one at a time to intervene every time stir the batter until smooth.

I waffle iron pre-set to heat up. grilling surface check for readiness, sprinkling water. If the water evaporates quickly - you can begin to bake waffles.

Grill grease a small amount of vegetable oil and pour the dough, a little more than a tablespoon. Cover with a lid and leave to bake.

Unfortunately, my waffle presented me with an unpleasant surprise. In the first three attempts waffles stuck to the upper grill. We had to turn off the waffle iron and wash it every time.

At 4-5 I was able to win the adhesion of wafers, but they are not deep fried until golden brown. On a baking waffles took me 5 minutes.

I came to help mother-in-law, who lent his waffle iron, it waffles baked just for 30 seconds, and most importantly - they will not stick.

For the filling I mixed cold heavy cream and cold boiled condensed milk in equal amounts and whipped them into a cream.

Mass shifted in the piping bag and starting portion tubules. The cream stabilized tube should be put into the refrigerator for 3-4 hours.

Article about the discovery in the attic 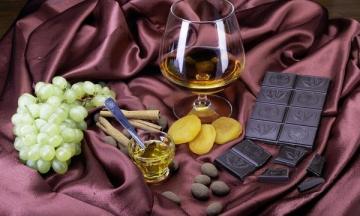 How to make homemade grape of COGNAC

The authors of most recipes suggest ennoble or moonshine vodka, cognac mimicking the taste and co...

Cottage cheese cookies with a new taste, all thanks to the apple.

I think many people like to cook and cottage cheese biscuits, but I offer it now to prepare rolls... 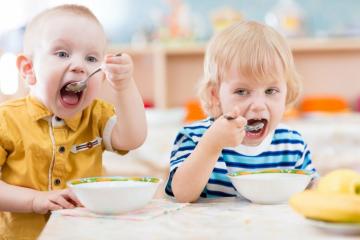 Easy recipe for a gentle baby curds (cook from goat's milk, and can be from kefir)

The recipe of this cheese, I found the cookbook Soviet times. He gives a very gentle, and my kids...