Favorite cakes of the past. What sweetness adored in the USSR

I continue to study the recipe book from the Soviet Union, which collected the most popular cakes of the era. I, though born in the Soviet Union, his awareness of his childhood had been in Russia, but had to try the desserts, which are still prepared by Soviet technology.

I talked with my family and found out what desserts they enjoyed popularity. Below I will discuss some cakes remembered more than others.

Who would I have asked all the first cake called Prague. I do not know what causes it, but this cake is the clear leader among all Soviet.

My dad told me how he made a special trip to the Arbat and several hours standing in line to get a coveted cake.

I used to think, that cake so called because of the fact that it was invented in the Czech capital, but it was wrong. When I studied the basics of confectionary art, we were told the real story of this cake.

That our brothers are sometimes purchased by parents. But my childhood was the time of perestroika, and the cake was in a terrible deficit. Therefore, I still cook it regularly at home.

Recently even I tried to cook Gostovskaya version, but I did not work (link to the story about the experiment I will leave at the end of the article).

cake recipe was developed by Vladimir Guralnikovym in 1974. In 1977, the cake was in the film "School Waltz" and then became even more popular in the Soviet Union.

I still remember when we turned round box home. The inscription reads - "Kiev cake." This cake has long remained a favorite of mine, and I each birthday he asked for it.

During the existence of the cake its composition has changed several times. I like the version with hazelnut flour.

All three of these cake remain popular to this day. They can be found on display in almost any grocery store. It is a pity that modern confectionery company in the pursuit to use cheap ingredients for steel profits.

P.S. What still delicious cakes made in the Soviet Union. And for such a pity not to stand in a long queue. 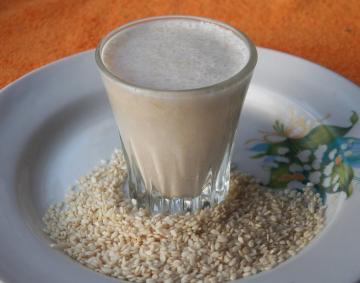 A strong cocktail to strengthen teeth and bones. calcium +

All so drink milk, eat curds and slivochek, and the problem of brittle bones somehow remains dent... 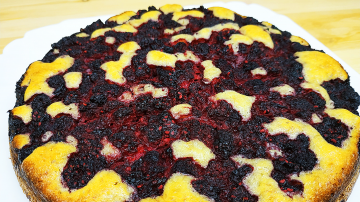 Raspberry and banana pie for tea 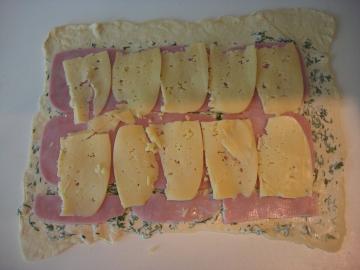 Strudel with cheese and ham. The recipe, which has served me faithfully for several years!

Today I want to share with you a recipe for puff pastry rolls with ham and cheese, which I learne...